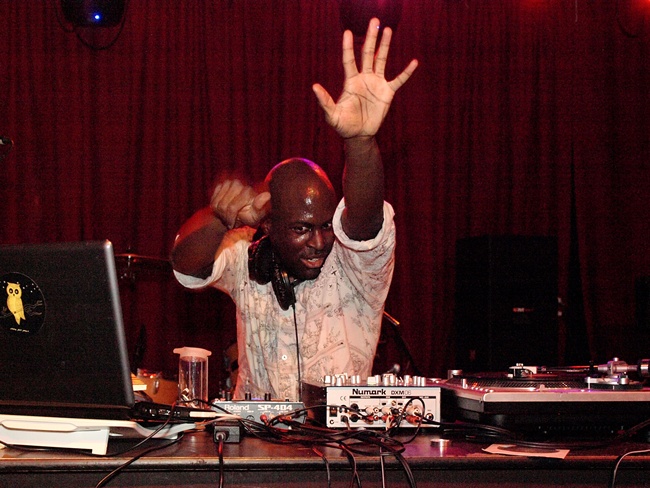 I had a pretty good show last week at the Mercy Lounge. It was the first show I’d done in a while in Nashville where I had also booked the other acts. Thanks to Billy Gemmill of Naked Without Us for giving me that opportunity; and thanks to Mercy Lounge for having us.

The pic you see at the top is from raywen.org, run by Ray & Wendy. I mention them here because they have been faithfully coming to QE shows for over a year. Furthermore, they’ve been taking pics for several bands and have done a lot to enhance and document the music scene, especially the hip-hop scene and the goth scene. I have a LOT of pics from shows thanks to them. Of course, they have a plethora of pics from that night.

This night was Get Got’s last show for a while until they get their album done. Right now all they have out is their demo. If you haven’t gotten to hear it, Check it out: Get Got Demo by origthedj

Also, were the Billy Goats, I’ve mentioned them here before. I perhaps will mention them again. I might get to do a remix of theirs. If I do; it probably will be to this song:

The big deal of the night was Spice J; I had never seen him DJ before. I mainly booked him because he’s a friendly guy and I’m a friendly guy. but it was my favorite part of the night. He did kind of a dubstep set. If you don’t know about Dubstep, click. But anyway, I was highly impressed. He says he’ll have a mixtape coming soon. He does play in another band, the Protomen. Probably the best live show in Nashville. My opinion.

Anyway, this past show was one of my favorite shows; mainly because I got a chance to talk to a lot of new people and just had fun overall. I have another Nashville show coming up soon (January 26 @ The Rutledge) so I hope it’s just as much fun.