It’s been a while since the first ever Blogworthy show. I was thinking about all of the great music I’ve gotten to see. All of the fun I’ve had and relationships formed through booking these shows. It’s been a unique growing experience and an experiment in trying a different side of music performance. While a lot of people didn’t participate in the original Blogworthy concept, I did see a lot of great live music in Nashville.

I decided to make a list of my Top 6 favorite bands I’ve booked for BlogWorthy shows. This is pretty much a subjective list based on my own personal taste of the music and of the particular performance at the BW show. A lot of bands are being overlooked. That’s unfortunate. Most everyone I booked was actually BlogWorthy. Again, lots of great memories and highlights.

6. James Fate – He played at the first Blogworthy show; He played at the last one. He played at some in between too. He’s been kind of my go-to guy for shows. He’s just really good. He has great written material; but also, he can freestyle rap. He’s a hybrid pop-singer/hip-hop artist. His dominant strength is with the hip-hop. He’s obviously spent a lot of time learning how to interact with the crowd AND stay on point with the emcee flow. You almost have to see it to believe it. Check him out on myspace or youtube.
http://www.myspace.com/jamesfate 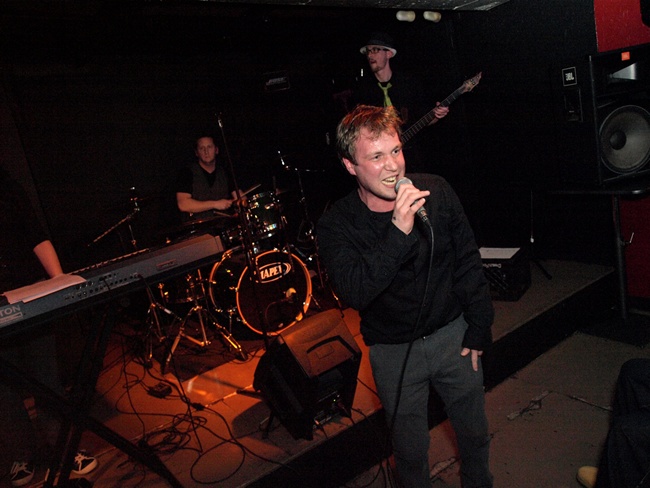 5. Molly Jewell – I have a girlfriend who is not Molly. And I love my girlfriend. So I mean no disrespect. but Molly is “da bomb.’ She’s like…two bombs. I first saw her perform at Starbucks. She was incredible. Whether she is just by herself or if she has a full band, she can really connect with the crowd. I think that is the key. I really don’t know if she is really that shy and awkward for real, but the way she plays it is very endearing. And so, when this girl gets up there and then decides to be amazing; you don’t know how to take it. She has a really funny song about being felt up by a doctor? Ok. Well, check her stuff out.
http://www.myspace.com/mollyjewell 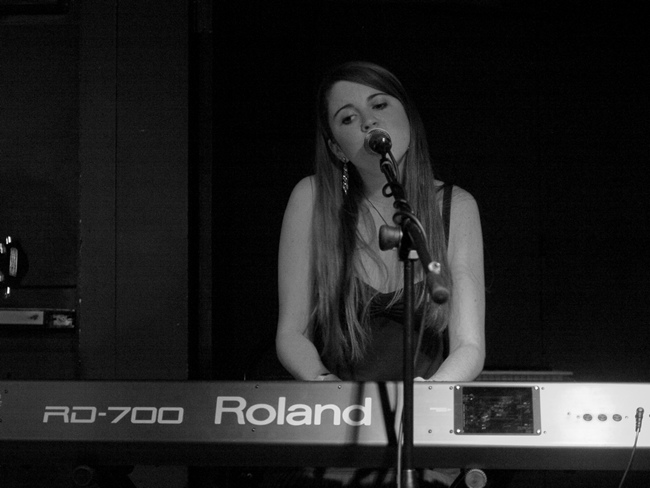 4. The Billy Goats – 247, Iller, & DJ Eticut have been talked about and blogged about a lot around town. It was a no-brainer to bring them onto a BW show. The show they played for me was not well attended. I blame myself. Two months prior, we played a show together in the same venue and had 120 people there. Maybe it was too soon? Anyway, they are really good. Sadly, I didn’t get all 3 of them at my show. Wick-It the Instigator was their DJ instead of DJ Eticut. They just released their debut record. Check them out.
http://www.myspace.com/ilovethebillygoats 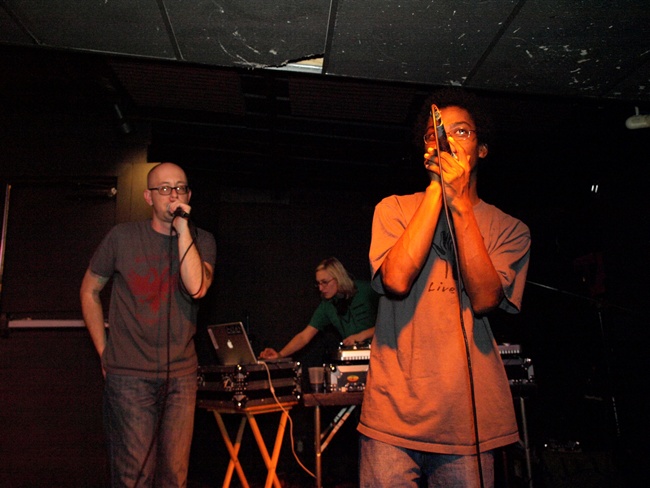 3. Get Got – Ray, Gary, & Skyler are three of the nicest guys you’ll meet. They performed at the last BW show ever held at Cafe Coco. They are a blend of funk, hip-hop, & electronica; the kind of genre (con)fusion that I always hope to bring to any Nashville show. They brought a lot of people to the show and those people were dancing! In Nashville, that’s a big deal for an indie show. This is kind of how it was anytime I saw them play. So I loved to book them. Check out their online demo; and go see them perform live!
http://soundcloud.com/origthedj/sets/get-got-demo 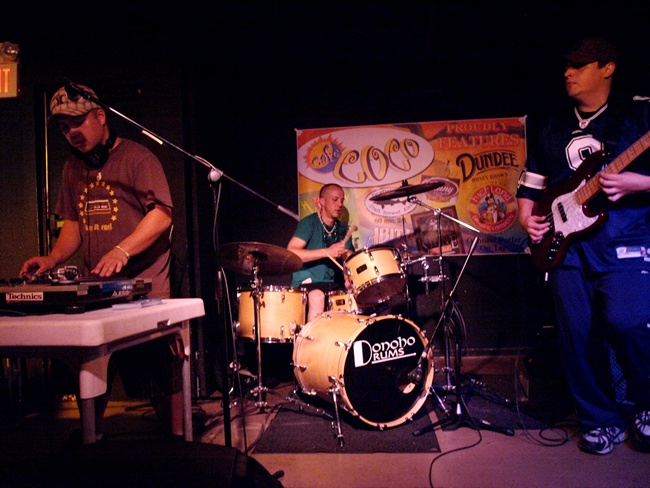 2. Derrek Phillips’ Manufactory – This has got to be the most skilled band I’ve ever booked. I couldn’t believe that they agreed to do the show! I was so excited. This was another genre fusion band: rock, hip-hop, jazz, electronica, r&b, all that. It wouldn’t be uncommon for Derrek, Paul, & Adam to write a new song as they were performing live. But it never sounded like they were writing. Up until they played the BW show, I felt like I knew this really great secret. Even though Paul wasn’t able to make the BW show, they are the band that I personally have received the most feedback about afterward. I would rank them #1 if not for the next band’s story. But Manufactory is wonderful and you should absolutely listen to them immediately and DEFINITELY see them live!
http://www.reverbnation.com/dpmanufactory 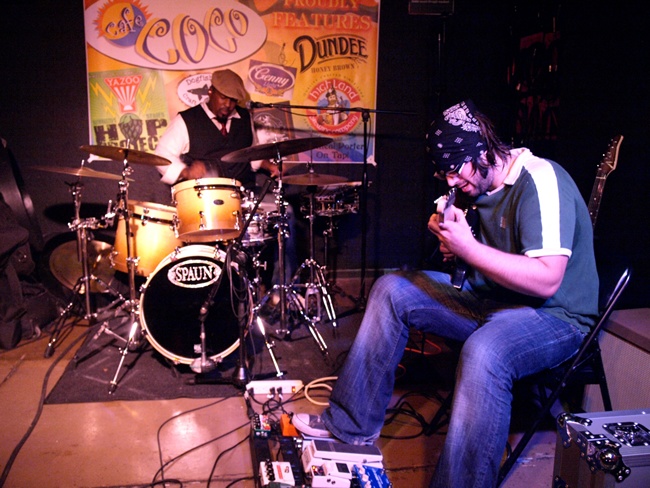 1. Tallest Trees – I just love this band. It’s strange because I think a lot of their influences are bands that I don’t listen to. However when you see them live, you immediately can deduce that this is an ambitious musical effort. I had seen them play a lot before, but by the time they played the BW show (the last one I’ve been able to do at Mercy Lounge); they were a two piece band officially (Thomas & Dabney), plus their drummer (Art). The reasons I put them at number one: They’re probably my favorite local band (note: I don’t consider Paper Route local anymore because they live on the road and haven’t played here in forever). Their BW performance specifically was absolutely brilliant. And what happened after they played was exactly what I had hoped would happen. I started seeing a lot of blogs and tweets pop up about them and the show. That’s really what I’ve hoped for each time I booked one of these shows! Check out Tallest Trees:
http://www.humantrees.com/tallesttrees/ 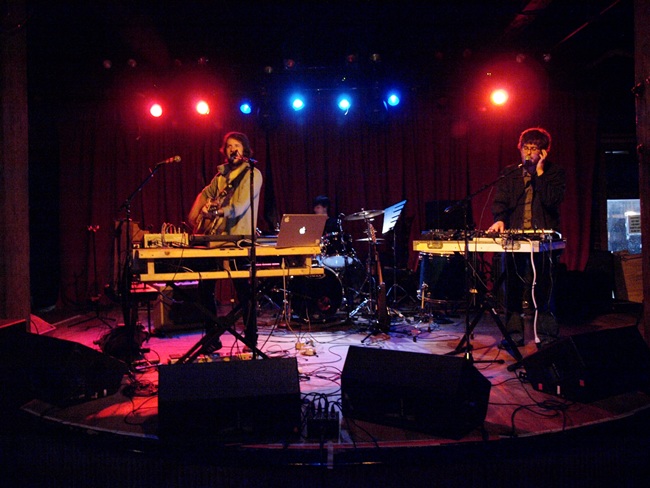 So much great talent in Nashville performs to empty rooms or to indifferent crowds. These Blogworthy shows have just been a way for me to give another platform to a lot of great music that I see live. Plus it always ensured that I’d get to see some of these great bands! BlogWorthy is not dead; I don’t think. I haven’t gotten to do one in a while though. Keep your eyes open for more Blogworthy shows and for more Blogworthy artists and bands!