My Top 5 Venues To Play in Nashville - Quiet Entertainer

My Top 5 Venues To Play in Nashville

Even though I lean more towards the DJ side, I’ve always booked myself like a band would. That just means that I’ve played mostly venues & bars instead of traditional night-clubs. This is great because in addition to meeting a lot of area DJs; I’ve also met a lot of great bands and seen wonderful shows. Below is my list of favorite venues to play in Nashville.

5. The End – I’ve played The End just a few times here in Nashville. None of them recently. I did Mashville there way back in 2008; Also BEAT Nashville. And we booked the Holla/Blogworthy joint show there. Speaking of Mashville, I attend frequently. It seems that of all the venues that host it, The End works the best. Just has the right kind of vibe for it, I guess. I’m not going to say it’s hard to get a show there because people play there all the time, right? Anyway, I’ve had nothing but good experiences there with everyone who works there. I wish they had food though 😉 Here’s a video of me at the End.

4. 12th & Porter – This place has the lounge and then the big room. If you play the big room, you get the benefit of having “the lights.” I put it in quotations because I can’t readily think of a better light display in a bar/venue in Nashville. With great quality comes a hefty price tag for artists though. All that aside, the people who work there are great. In a town full of artists, they always remember me and are as helpful as possible. For whatever reason though, I can not get people out to see me at 12th & Porter. Why not? don’t you know that I look like THIS when I play there? : 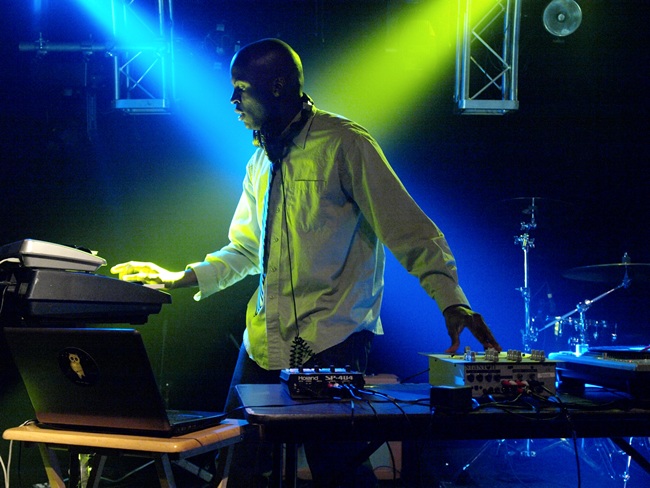 3. Mercy Lounge – You probably read my last entry about my recent experience at Mercy Lounge. What’s cool about this place, they have great sound and great sound-men. Really nice bartenders and nice manager who seems really in touch with local scene and music overall. And they have a green room behind the stage! If you’re an unknown DJ/performer who doesn’t get to play out of town much, this is pretty cool. Their green room is better than The End’s green room, let me tell you. 🙂 They have a free music showcase on Mondays called 8 off 8th. And while sometimes it seems like the same bands play it all the time, I could probably say that about ALL the music venues because we’re all here playing the same places. Nobody’s fault but ours. I played 8 off 8th once: 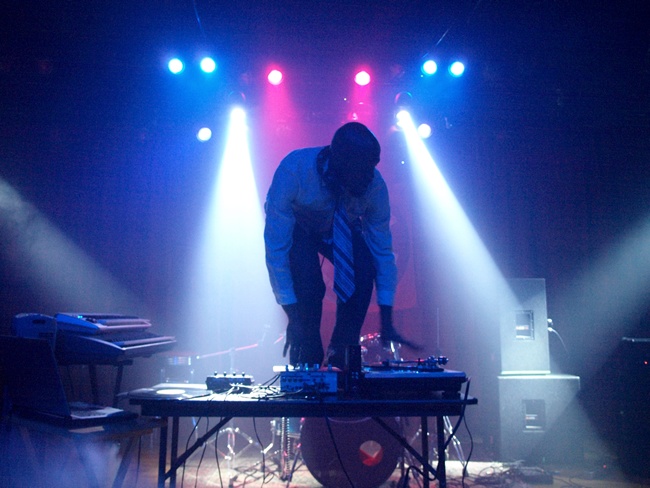 2. The Basement – I have never had a bad show or experience at The Basement. Only good. Plus it’s located underneath Grimey’s, my favorite record store in Nashville. I’ve never really booked a show there myself; I have only been able to jump onto other people’s shows. Chip Greene, for instance, is an artist in town that has always put me on to shows there. My most recent show there was part of New Faces Nite, a free music show they do every Tuesday night. Here’s a video clip of me at The Basement.

1. The 5 Spot – I haven’t played there in a while, but from what I can tell it’s still the most artist friendly place/experience that I’ve personally had. Very straightforward booking process. Great bar staff. Friendly door-persons. I’ve met a lot of my closest artist friends there. I guess I’m ranking them ahead of other better sounding venues because of overall atmosphere and vibe. I don’t smoke at all but it’s a smoking venue and a lot of people are into that. This is great because you don’t want people outside smoking while you’re playing your set. They might as well be inside watching you while they do it! It’s not for everyone but the 5 Spot is great for artists/musicians who want to have a great show. 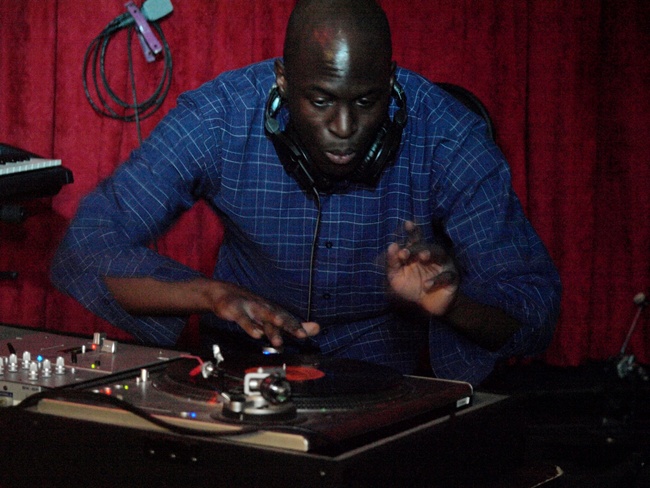 I didn’t mention any of the bars and places on Broadway and downtown. I just don’t go there really. Do you? Where’s your favorite place to see a band in Nashville?

I’m playing a show at The Rutledge on Tuesday night. This is especially significant since I have never played the Rutledge before. I’ve always seen it as one of my final frontiers of venues to play here in Nashville. Alright so come out and see me play at the Rutledge, Tuesday night at 8pm! 🙂